The Pioneer Hotel first opened in 1941, and was later renamed the Frontier Motel in 1943. It was designed in the 20th century revival style and with a 1965 addition at the rear. Ornamentation includes exposed red brick, carved wooden columns and red concrete floors. It was renovated in 2005.

This motel is a fine example of an early highway motor court.  The hotel lies within a few minutes of downtown Tucson. This sign is styled in an old wood western motif with flat boxy letters in single tube neon.  The motel is still in operation, and boasts a quiet western setting with all the modern amenities, despite the age of the sign.

This is part of a Wherigo cartridge that provides a mini tour of the signs along Drachman Street in Tucson. There is a row of eight vintage neon signs, each with their own unique history. Click on the link to go to the Tucson’s Historic Neon Signs Wherigo tour web page for more details.

One thought on “On the Frontier”

Follow Vintage Neon Signs…and Why We Should Save Them on WordPress.com

The photographs and content on this website are under copyright protection. Photos are credited to T. P. Bose unless otherwise noted, and are designated creative commons (CC), share and share alike (SASA), as long as the following attribution is given with each photo: “Photo by T. P. Bose, Vintage Neon Signs” with this link embedded in the blog title: https://vintageneonsigns.wordpress.com  Photos and content attributed to others on this website were used with their permission. Use Contact tab for information on reuse. 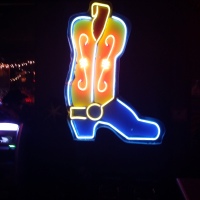 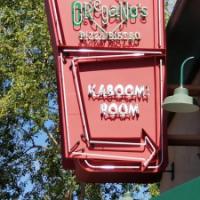